A letter before you leave to the Philippines, Fr. Max Benhor Hontor. 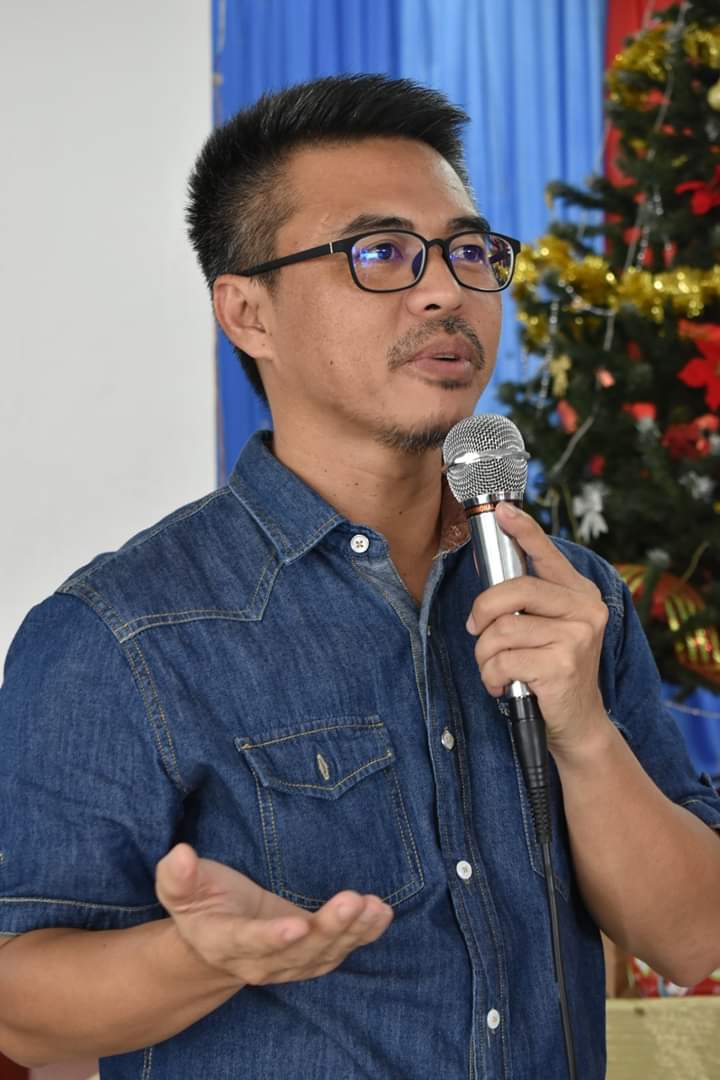 I didn’t sleep early and shit, I got up around 1.30am, went out smoking, thinking about you, back to bed, closed my eyes and tried to sleep again but I could not. I’m not having enough sleep. It has been like this for a long time and I’m all bushwhacked. Thanks to you, Ben dear.

The thoughts of you haunt me like hell, Fr. Maxmilliano Benhor Hontor. You haunt me every second of the day and when I say every second is a thought of you, I mean it. Because it is.

This troublesome, this traumatizing thought, it’s rather a bliss mixed with a restless rage sentiment I wish we both would someday somehow die together in the most painless yet in the most tragic way, and that’s when I’ll find my peace knowing that you’re dead and I too, dead. No more stress. No more sadness. No more resentment. Well, everyday I do feel like killing myself but hell fucking no, I cannot die knowing that you’re alive. It would be fucking unfair. Really.

You fucked me up really really bad, Ben. I’m all like emotionally drained and mentally unstable, everything is so fucked up, you fucked me up and I’m bust a gut keeping myself in sanity.

I was just your love and sex toy after all, Fr. Max Benhor Hontor, am I? I was.

That’s what I feel.

That’s what you made me feel.

Study in the Philippines? Oh, really? I doubt that. By the way, I think you’ll be studying in the University of Santo Tomas, Manila, Philippines. Is it? I don’t know.

Every time a priest in Kota Kinabalu (in the state Sabah basically) is caught or found or exposed of having sex affairs or sex abuses, the Bishop or the Church will send the priest to ‘so-called study’ either in the Philippines, Thailand or Rome, Italy for like 2 plus years, make it 3 years.

Who else? By what I heard, the are a number of Catholic priests in KK are having their own love and sexual affairs. I don’t know, but I’m not surprised at all because it’s worldwide thing anyway, the Vatican is full of sex predators and pedophiles, also where priests have lovers are a common thing, and priests pay prostitutes for sex services are a common thing, gay or straight, those are common shit.

And the Bishops are always the one covering the cases and asses, interesting.

Well, that was all over the internet.

Oh, quite recently, there was this boy, he was sexually abused by an old priest. The boy killed the priest by shoving down a crucifix down that priest’s fucking throat.

Anyway, Father D and Father J’s cases were facts though. Also, I heard that Fr. J’s case is reported to the authority under sexual crime. Interesting. I hope the girl victim wins.

3 years in the Philippines? Such time period is enough for everyone to forget about a priest’s past case.

(St. Paul Catholic Church, Dontozidon, Penampang threw in a thanksgiving feast for you before you leave to the Philippines. I got the pictures down below this letter.)

Yea, 2 plus years or 3 years are a time period that is enough for everybody to somewhat forget about a priest’s past case.

And Ben, when you come back in like 3 years later, everyone won’t quite remember about your gay love and gay sex affair that you had with your nephew (me).

You dumped me like a fucking trash, Ben. You broke the promise, Ben. And to get rid of me, you set me up, Ben.

You hit me, you slapped me, you punched me and oh, you whipped me with that thick and hard rope of your priest’s robe, you slammed the door against me a few times I remember.

And you smirked at me after all that, Ben. I never hit you, I only pushed you. And twice I spat you. My bad, thus I deserved your hits, your slaps, your punches and your whips. Fuck me right?

Ben, I’m not like those priests’ ex-lovers or victims. They stayed somewhat quiet. They moved on. But me? I’m not them, I’m not anybody, I’m the fucking me.

But I’m not going to physically hurt you or harm you Ben because I won’t, only you would do that to me. Instead, I’ll write songs about us, I’ll sing and do raps about us. I will not move on, I refuse to, because I’m not leaving our promise to rot, I’m keeping it. I’ll water it. I’ll cherish it.

This mark the 3rd year since you left me back in March 2018.

And last I saw you was at the High Court back in April 2019.

Basically I am refrained from looking for you. I adhere the court’s order. Sorry I scratched your Toyota Vigo SAA6620K and messaged you those hellishly bad and threatening messages, Ben.

But shit, you do know that I always acted like that when I am very fucking upset.

It’s only after March 2018 I acted overly. In fact, you intentionally wanted me to act overly by keep pushing and pissing me. Deny this all you want but you do fucking know that my messages to you I will never attempt, because never once I ever did, no shit. But you set me up real good, Ben, you did the cops and the courts shit on me. Yea, I’m fucked.

You thought I was afraid to tell the world that I am a fucking gay. And by that, you thought I will never expose the love and the sex affair we had.

Good riddance – I got rid. You smiled. You smirked. You were proud of that, so proud.

You thought I was afraid to tell the world that I am a fucking gay. And by that, you thought I will never exposed the love and the sex affair we had.

Then on 1st July 2019, I brought out PaulMaxben.com, surprised.

And then by 3rd or 4th January 2020, your Bishop John Wong and the Catholic Church Kota Kinabalu are sending you to the Philippines, ‘to study’. Yeah right. Something’s not quite right, right? Something’s fishy right? Right. But, I’m not surprised if your sides come up with all the convincing reasons. Fuck the lies.

People will say that you made a mistake. No, you did not, Ben. You’re a fucking gay, just like me, being gay is a genetic and chromosomal shit, you’re a fucking human, that’s all, that’s it, and we fell in love, that’s that. Sadly, you, you are just like some of your siblings – the ‘marry and divorce type’. You’re a basically disloyal and you’re a cheater when it comes to love, you played me good. You use people to your own advantage. You dump people when you no longer need them. It’s somewhat in the blood this fucking trait is yes? Pretty much. The fuck-and-go type.

Your ‘I love you too, Paul’, your kisses on my lip, your dick in my fucking butt, yea, basically all the sweet words and the kisses and the making love we had… all are down this this – your love is lie, your love is shit.

Don’t use your Jesus and Mary and your fucking God as a medium that you somewhat ‘seen the light and left the darkness’. You’re good at acting, Ben. You are really good at it, staging stages by stages. I’m not saying that you’re bad, you’re a good person, I know that.

And I know you more than anyone else ever does, Ben.

I’ll make music for you, Fr. Max Benhor Hontor. Henceforth, I dedicate my talent to our broken and fucked up relationship. You fucked it up, I fucked it up. We both fucked up. I’m sorry. And I love you still, though it hurts like hell.

Be it 3 years, 10 years, and all the years ahead. The songs and poetry will be everywhere.

May be when you come back here from the Philippines in like 3 years later, the Church might send you to a countryside where the folks don’t converse in or comprehend English much.

It doesn’t matter, I’m fucking good at writing in Bahasa so I’d probably write a song or two or a few with your name on it in Bahasa too, I don’t know, it’s kinda awkward, but, when I was in primary school, I was active in public speaking and speech competitions in Bahasa and my last achievement was, I won the second spot in a competition where all the schools in KK were competing, it was a huge trophy that I won.

At 13, I started to rap. Then as a working adult, I forgot about the I-can-rap thing. But suddenly, our love shattered, you are so high up in the sky Ben, backed, covered, guarded and shielded by the fucking church. Thanks, you remind me of something I used to do – that I can write a poetry and sing the poetry out. You helped me to rediscover me, Ben.

Anyways, you’d come back here when you turn 45 and I’d turn 35 that year. These wounds remain fresh, Ben. You will hear the party anthems, our anthems. The songs and poetry will be everywhere, about us.

Oh, you might find some hotter, cuter and more handsome boys there in the Philippines, Ben. Go, do what a cheater do. You’re a cheater, aren’t you? Go and love-sex-toy around like you love-sex-toyed me.

As for me, I still love you Ben, and this will never change. We made a promise to each other. I’m keeping it.

I never this was over. Remember that, Ben.

Take care, I love you Uncle Ben,
Paul, your nephew.

P/S: By the way, I’m going to tattoo your name on my face.

P/P/S: Since it is in the last minute that I heard that you’re going to the Philippines, so I intentionally did not upload our video-calling kissing screenshots.

P/P/P/S: Since you’re going to the Philippines and be back in like 3 years, I’d post less on PaulMaxben.com, I’d probably just post 1 or 2 letters to you each month, Ben. Besides, while you’re in the Philippines for like 3 years, I will work on my music at the same time. It’ll be blast when you come back, the party will be lit.

P/P/P/P/S:
I can’t be healed Ben. I’ll never be healed.
I can only suture (stitch) these wounds. Dejection concealed.
But the scars are there, the scars will always be there.
Run away all you want. But you’ll never get away. 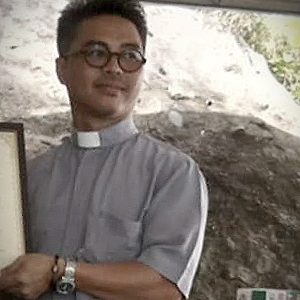 May be now you fuck some Catholic Sisters to prove that you aren’t gay, Fr. Maxmilliano Benhor Hontor.